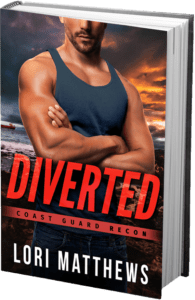 Nick Taggert was injured on his last assignment for the Coast Guard. Now, too hurt to return to his former position and not wounded enough to be benched, he’s assigned as the new Coast Guard team leader in…Panama. They’re there as part of a drug interdiction unit, but really, they’re Team RECON. 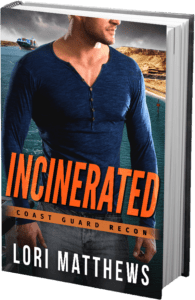 When a cargo ship gets stuck in the Suez Canal, and an American journalist on board ends up dead, Axel Cantor is sent to investigate. Little did he know his former girlfriend would be onboard.

Sloan Bishop is there to document the first-ever female pilot to navigate the canal. But then, the ship runs aground, and her best friend and fellow journalist, Eddie, is murdered. Sloan isn’t sure who to trust.

As the body count rises on the stuck cargo ship, Axel and Sloan will have to risk everything to find out who is behind the murders and the murderer’s plans for the people left on board. 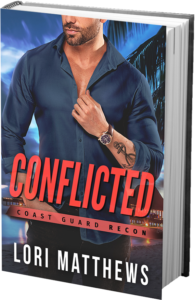 Coast Guard Team RECON member, Elias Mason is stationed back in his hometown of Miami. He runs into his ex, Andrea Torres and the drug kingpin who killed his best friend, Santiago.

Andrea is an ATF agent working undercover to bring down Santiago, but she needs Elias’s help. They must pretend to be a couple to catch their quarry. Too late they discover Santiago doesn’t work alone and his partners are far more deadly. 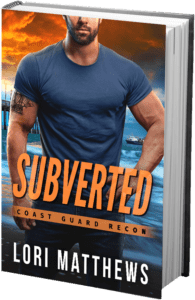 Finn Walsh is tasked with finding out what happened to the crew of a ghost ship. Little did he know his former flame would oversee the mission. Now someone is trying to kill them and the mastermind behind the plan is much closer to home than either of them thought possible.
Learn More
Read Reviews
Order On: